Cannabis is defined by Washington state law as all parts of the plant cannabis, whether growing or not, with a THC concentration greater than 0.3 percent on a dry weight basis. Hashish and hash oil are other products derived from the cannabis plant. Hashish is made from the resin of the plant. Hash oil is obtained from the plant by separating resins from the buds/flowers, using solvent extraction methods. Hashish and hash oil are more concentrated and therefore more potent than smoked cannabis.

The main psychoactive chemical in cannabis is delta-9-tetrahydrocannabinol, commonly known as THC. cannabis potency has increased significantly over the past few decades, primarily due to changes in how it is grown.

How is cannabis used or consumed? 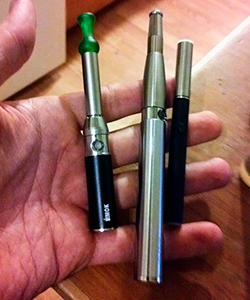 Cannabis can be smoked in hand-rolled cigarettes, pipes or water pipes. The effects of smoking cannabis are felt within seconds or minutes. Due to the increased potency of cannabis, it is often no longer necessary for a consumer to take repeated hits or smoke an entire joint to feel the effects.

Vaporizing cannabis is similar to using an e-cigarette. Because vaporizers heat cannabis below the combustion point, it is believed they produce a lower level of tar than cigarettes (Grottenham, 2001). However, more research on the potential use of vaporizers to reduce harm is needed.

It should be noted that cannabis smoke contains a similar range of harmful chemicals as tobacco smoke (Hoffman et al, 1975). Here is a summary of what is known about smoking cannabis based on scientific research: 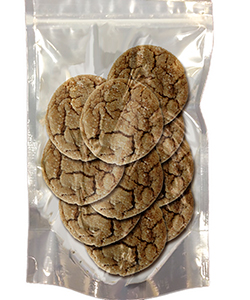 Edible products
Cannabis-infused food products can be made with the dried, useable cannabis or with concentrated cannabis oil. Edibles made with concentrates tend to be higher in THC and therefore stronger. In addition, it can take up to two hours to feel the effects, making it easier to consume too much. The effects from consuming edibles also last longer, impairing the user for a longer period of time.

If your child accidentally ingests a cannabis-infused product or if you are worried about the health and safety of yourself or others, call the Washington Poison Center at 1-800-222-1222 for free, fast, expert help. All calls are confidential. If the symptoms are severe, call 911 or go to an emergency room.

What are the potential health risks of cannabis use?

Although cannabis may help reduce symptoms of certain medical conditions, it also may have some harmful effects depending on how often it is used, who is using it, and whether other substances are also being consumed.

There is clear evidence that regular use of cannabis increases the risk of heart, lung and mental health problems. Less is known about the health issues that might be caused by casual or infrequent use.

What are the short-term effects of using cannabis?

The effects of cannabis may include:

These effects typically last two to three hours after cannabis is smoked or inhaled. When consuming edibles, the effects take longer to be felt (possibly up to two hours) and may last 4 to 10 hours.

Is cannabis addictive?
Contrary to common belief, cannabis is addictive. Estimates from research suggest that about nine percent of users become addicted to cannabis; this number increases among those who start young (to about 17 percent, or 1 in 6) and among people who use cannabis daily (to 25-50 percent). (National Institute on Health)

More detailed information about cannabis and addiction can be found here.

What about cannabis use by women who are pregnant or breastfeeding?
As with alcohol and cigarettes, there likely is no “safe” amount of cannabis use during pregnancy. THC, the chemical in cannabis that makes a person “high,” can pass from mother to the unborn child through the placenta. This means the unborn child is exposed to THC used by the mother. Smoking also passes carbon monoxide to the unborn child, which disrupts the oxygen supply and can result in growth issues, possible premature birth, miscarriage or stillbirth. There is some evidence cannabis use during pregnancy can result in babies with low birth weight, certain birth defects and symptoms similar to fetal alcohol syndrome. THC can also be passed from the mother’s breast milk, potentially affecting the baby.

To learn about cannabis and other potential health impacts, including cannabis and mental health, go to www.LearnAboutcannabisWA.org